As in almost all of the Ionian region, the combination of wet and mild winter, due to the significant rainfall and the effect of the marine element, with the typical Mediterranean hot and dry summer period, creates a wide range of microclimatic conditions on the island, which in turn favors the appearance of a notable variety of orchids with different requirements.

Based on the available literature and personal observations, an outline of the richness of orchids in Kefalonia is given in this chapter.

At the beginning of the year, the giant orchids Himantoglossum robertianum appear in all small and large meadows - even near olive groves or crops. The very impressive Himantoglossum jankae has been identified in dense bushes and woods.
In the mountain forest, ie mainly in the National Park zone, we will find two out of the three species of Greek Cephalantheras, namely Cephalanthera damasonium and Cephalanthera rubra. The presence of Cephalanthera longifolia is uncertain.
Dactylorhiza saccifera is the only one of its genus on the island (Dactylorhiza romana, present in Zakynthos, Lefkada and Corfu is not mentioned in Kefalonia), while small groups of Epipactis helleborine and Epipactis microphylla can be found in wet and shady places.
In the fir forests of Ainos, the careful naturalist will find scattered colonies of the non-photosynthetic Neottia nidus-avis.
The genus Neotinea is represented in Kefalonia by the species Neotinea lactea and Neotinea ustulata.

The genus Ophrys is spread mostly along stony slopes with phrygana or small shrubs. Although some species prefer drier places and others hide themselves - that is, survive - within the kermes oak stands, while some species are attracted to wetter and shady conditions, generally we will find all the species in the mosaic of situations created by the medium-height shrub of Kefalonia.

Thanks to this wealth, Kefalonia has long attracted the interest of researchers, who passionately identified and classified the species of orchids of the island, locating many peculiarities and reproducing the - well known from other island areas - issue of identification of the multiple phenotypes as new taxonomic entries - usually subspecies but also species - an approach that emphasizes the importance of islands as phylogenetic laboratories, but on the other hand confusing the limit between the speciation and the evolution.
Typically, plants referred to as Ophrys mycenensis, Ophrys stavri, Ophrys oestrifera subsp. stavri, Ophrys oestrifera and Ophrys cornuta belong to the subspecies cornuta of the species Ophrys scolopax. This plant has a great variety and a flexible model of fertilization, which has prompted researchers to identify dozens of species and subspecies, while the most conservative and comparative approach of the Annotated Checklist of the Flora of Greece (Vascular Plants of Greece) incorporates into one and only taxon (Ophrys scolopax subsp. cornuta).
Correspondingly, Ophrys gottfriediana has been classified as a subspecies of Ophrys ferrum-equinum (Ophrys ferrum-equinum subsp. Gottfriediana), present here along the nominative species. Ophrys cephalonica (also referred to as Ophrys sphegodes ssp. cephalonica or Οphrys cephaloniensis) is considered to belong to Ophrys sphegodes subsp. sphegodes.
The various subspecies of Ophrys oestrifera (such as Ophrys oestrifera subsp. miniscula) now belong to Ophrys apifera. Ophrys bilunulata subsp. punctulata belongs to the species Ophrys fusca, which has established in Kefalonia the subspecies fusca and iricolor. Plants considered as Ophrys grammica and Ophrys mammosa fall within the range of variation of Ophrys sphegodes subsp. mammosa.

Finally, in shady places of the mid-elevation and mountainous forest we will find the strange Limodorum abortivum .
In September, in a few places one can find the distinctive Spiranthes spiralis, the only orchid in Greece that blooms in Autumn.

Photos and descriptions of orchid species of Kefalonia Island are included in the digital guide Kefalonia topoguide, created by AnaDigit. 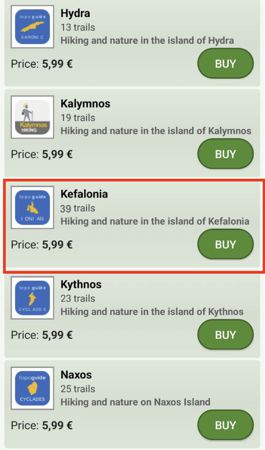