This guide to Mt Menalon urges and helps you to explore the great Arcadian mountain, the sacred mountain of god Pan and the Nymphs.

From chapter to chapter, discover dozens of traditional villages of Eastern and Western Menalon, such as Dimitsana, Vytina, Alonistaina and Karytena, taste the local cuisine in the best restaurants and enjoy nice traditional guesthouses and hostels.

Lose yourself in the endless fir forests, rest in unspoiled natural places along the rivers of Western Arcadia like Loussios, Mylaon and Alfeios, identify dozens of rare woodland and rock plants, collect mushrooms, interpret the tracks of the wild boar and the fox.

Discover Mt Menalon
Loussios gorge, on the medieval steps toward the Philosophos monastery

Cross unexplored canyons, such as the Loussios Gorge, following the Kestrels and looking for rare chasmophytes. Quench your thirst in the countless springs and fountains of this generous nature. Folloe the ravines, find the watermills and the powder mills that rewrote the history of Greece. Above each village, climb to the sanctuary of the Prophet Elias and Saint Nicholas, who protect human labor by warding off storms and lightning.

Least - but not last - find your way along more than 600 km of Mt Menalon hiking and mountaineering routes, among which the Menalon Trail, the first EU certified trail in Greece, the European Trail E4, the National Trail O32 and the five major crossings organized by SAOO, the local Association of Arcadian Mountaineers and Ecologists.

The villages of Mt Menalon

Discover Mt Menalon
Valtesiniko, one of the most vivid villages of Gortynia district

Dozens of settlements rise or hide in the folds of Mt Menalon. Read why, when and how this wild place was inhabited in the chapter dedicated to The villages of Mt Menalon.

The paths of Mt Menalon

The Arcadians of old times laid out a multifaceted network of paths and mule tracks on Mt Menalon. These paths were taken over by the local hikers to maintain and organize them into short and longer hiking routes. The chapter on the paths of Mt Menalon presents the structure of a huge hiking network, which exceeds 600 kilometers in length and includes 2 sections of the European Trail Ε4, 3 legs of the National Trail O32, the five Menalon Long Trails desinged and maintained by SAOO, the local Association of Arcadian Mountaineers and Ecologists, the EU certified Menalon Trail, the Arcadian Shepherds Trails, as well as a number of shorter routes around Stemnitsa, Dimitsana, Elati, Vytina, Magouliana and Valtesiniko and finally Lagadia.

The monasteries of Mt Menalon

Monasteries were - and still are - religious communities highly involved in both the social process and the economic life of the surrounding region. Therefore, it is to be expected that the monasteries were flourished near the nodes of cultural and production intensity: the monaseries were founded at the contact of the mountains with the populated plains or near the prosperous mountain villages.

The chapter Monasteries of Mt Menalon presents, through the general picture and the individual cases, all the monasteries of the perimeter of the great Arcadian mountain.

Churches and chapels of Mt Menalon

Demographically healthy and socially cohesive for centuries, the villages of Mt Mainalon flourished around their parish churches. The imposing basilicas of the settlements and the dozens of rural chapels of each village make up a great cultural reserve that testifies to the potential of these difficult places. 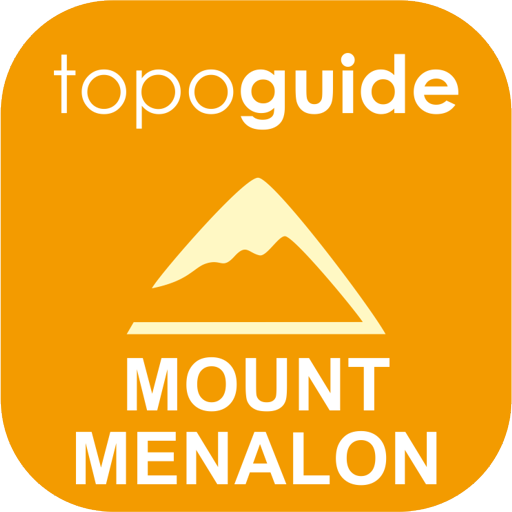 A guide to Mt Menalon 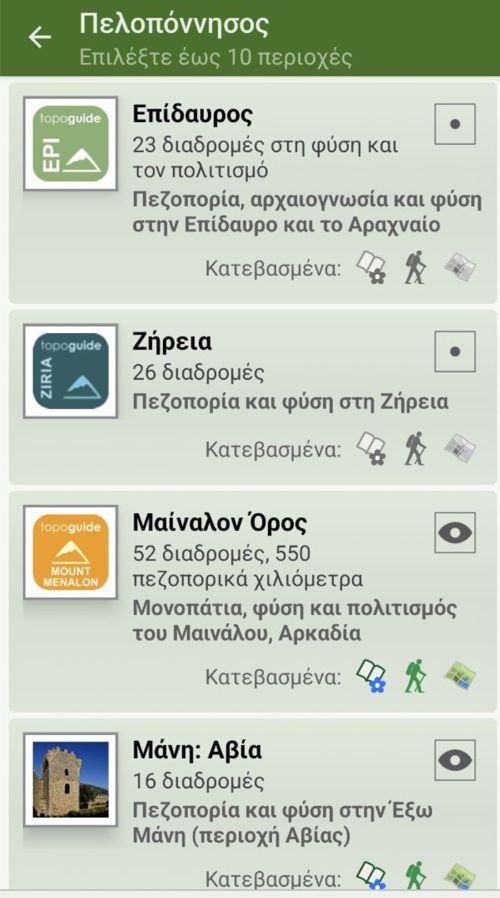 The most comprehensive companion to the nature, the history, the mmonuments and the trail of Mt Menalon is the digital guide Mt Menalon topoguide.

Μαίναλο topoguide is also available for iOS (iPhone & iPad) devices via the application Topoguide Greece. Get the Mt Menalon guide as an in-app purchase through the app, found in the Peloponnese group.

topoguide Greece offers active navigation along the trails, as well as a comprehensive guide to the geography, the nature and the culture of the area.

Discover
the nature and rtails of Peloponnese