Kythnos is one of the most authentic and less touristic islands of the Cyclades. It has an area of ​​about 100 sq.km, while its highly diverse coastline exceeds 100 km in length.
The terrain is smooth and consists of two ridges joined at center-east to the peak Profitis Ilias, which is the highest point of the island (336 m.). Of these ridges, successive wavy ridges lead to the coast.
On the island there are two inland villages with about 800 inhabitants each, the Chora or Mesaria (Kythnos), which is the administrative center, and Dryopis, the commercial node. Three more villages, the port, Merichas, the old thermalism center of Loutra (which gave in the past the island its second name, "Thermia") and the main tourist pole is the area of Panagia Kanala, complete the inhabitation network.
A series of smaller or very scattered settlements, such as Episkopi, Aghios Stefanos, Naoussa, Lefkes, Flabouria, Kalo Livadi, Agia Irini and Apokrisi occupy the small bays in the north, while on the southern promontory expands Agios Dimitrios. 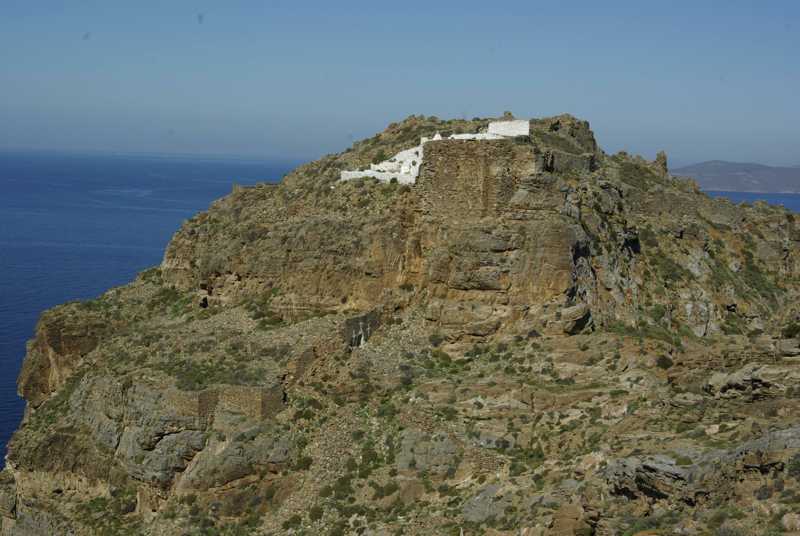